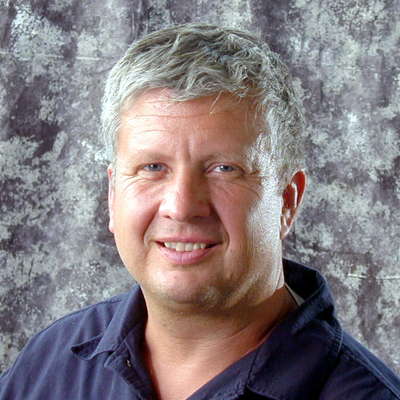 Tom Cooper, professor of visual and media arts at Emerson College, was recently a guest scholar at Stanford University; University of California, Berkeley; the East-West Center; and the University of Hawaii at Manoa. He is also an “ethics expert” for a United Nations project in Vienna and Athens. The Association for Responsible Communication, which he founded, was nominated for the Nobel Peace Prize in 1988. Cooper has taught at Harvard University, where he graduated magna cum laude. He is a former assistant to Marshall McLuhan, and a consultant on The Elders project which included Nelson Mandela, Kofi Annan, and Jimmy Carter. Cooper is a playwright, musician, poet, black belt, blogger, and author of eight books and more than 200 academic and professional articles and reviews.

How do you think telecommunication technologies can help humanity?

Given our population explosion, far greater numbers of people need education, health, and humanitarian relief more than ever. Telecom and digital technologies can not only make us more aware of human suffering, ignorance, and poverty, but can also provide great tools for assuaging some of these problems and putting relief tools in the hands of the people who need them most. Telemedicine, tele-education, early warning satellites, and much more are just the tip of the iceberg in preventing, diminishing, and treating many of the world’s most severe problems.

How can our corporations and researchers best serve the next generation?

After being an educator for almost 40 years, I am convinced that both corporations and researchers can provide great mentoring, apprenticeships, internships, classes, and workshops, which serve the needs of the next wave of leaders, energetic innovators, creative artists, and synergistic thinkers. We serve the next generation best by not only educating and nourishing them, but also by standing behind them as they emerge into their leadership, new visions, and exciting new developments and applications.

What’s one thing that not that many people know about you?


I’m actually not just an academic, ethicist, U.N. consultant, or whatever I seem to be on the surface. I have two black belts, have been a union musician for almost 50 years, am working hard on a musical, deeply appreciate spiritual wisdom, and really love my wife and daughter. I find just about everything interesting and love to explore.

Proposals will be evaluated on its relevance and merit to PTC’21: New Realities. To increase the likelihood of being selected, please note the following:

What’s the Best Way to Start the New Year? In Honolulu, Hawaii at PTC’20, Of Course!Blog